The worst call of the day had to be the non-fumble on the Ravens' punt that the Jets recovered inside the five-yard line. Even with a replay review, the officials stuck with the original call, although the Jets blocked a punt for a touchdown on the next series anyway.

So ultimately it didn't matter, but let's review anyway. While there wasn't a camera angle to definitely show contact with the Ravens player, it should have been evident that the trajectory and spin of the ball was affected by a slight deflection.

By plotting where the ball was when it entered the picture... 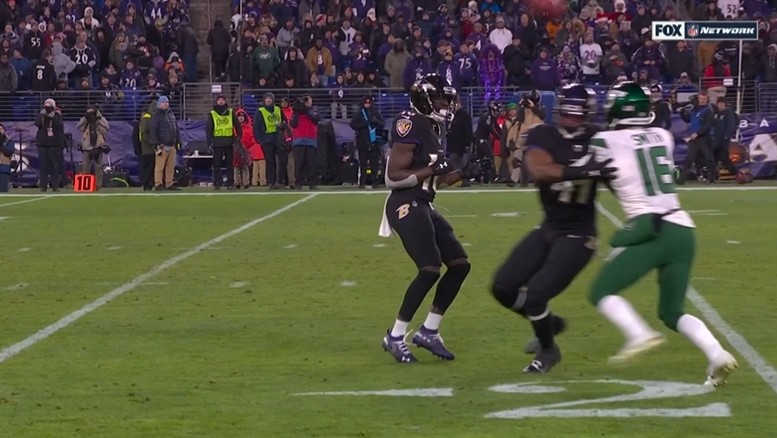 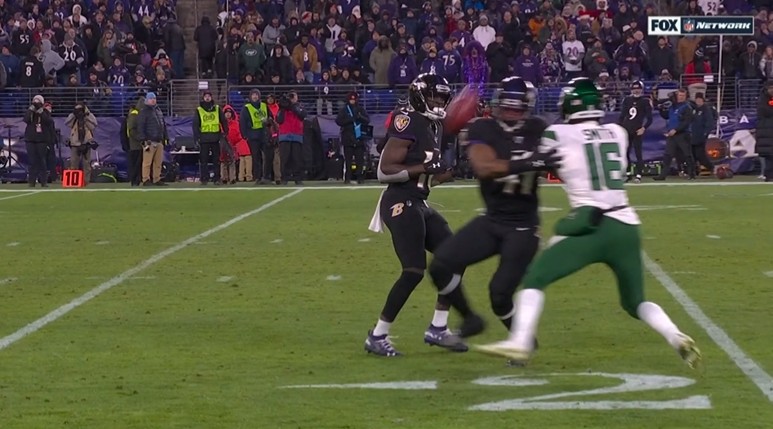 ...we can see where the ball should have landed and obviously it was diverted by a slight deflection. 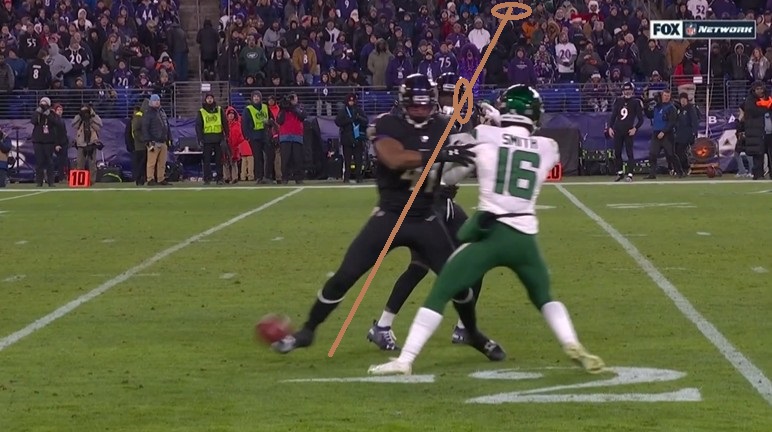 Note: The third image shows the ball just before it bounces.

Aside from that, there was some question over whether Brown's touchdown catch and that of Jamison Crowder were caught inbounds, but in each case the call seemed correct.

As for possible missed calls, Michaal Pierce hit Sam Darnold in the helmet on the play where he fumbled and Robby Anderson was definitely interfered with on a fourth down incompletion in the end zone.

Additionally, both teams got away with some possible holds including one by Trevon Wesco, one on a Nathan Shepherd pass rush and one on Fatukasi in the running game.

We've been breaking down this week's game against Baltimore. We wrap up today's analysis with a look at the…

QuickFix: Saucy Nuggets from the Jets' loss to Baltimore