The final injury report of the week is out: 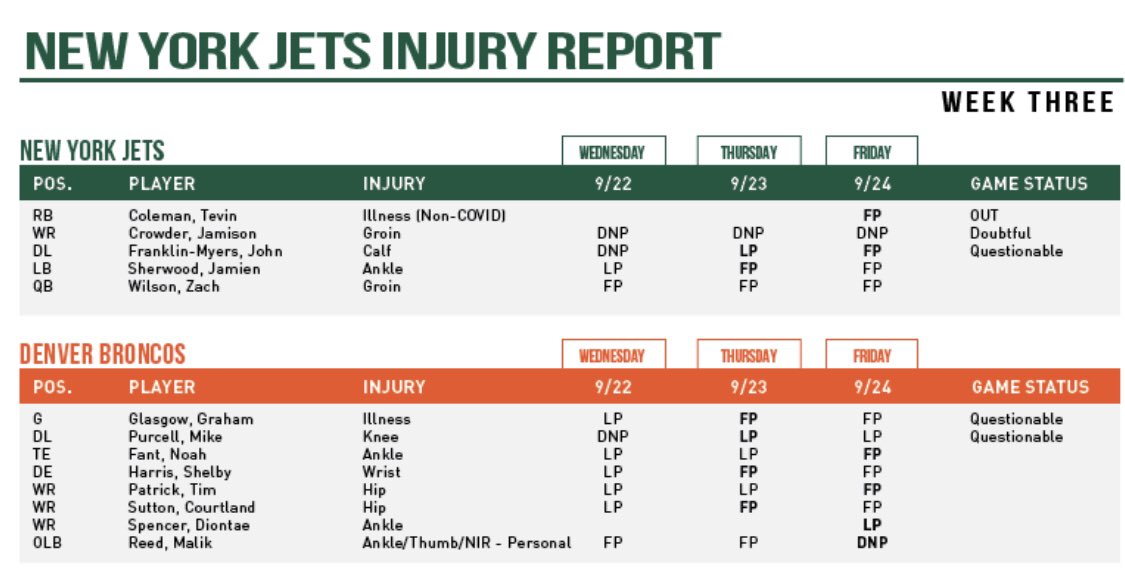 Coleman was born with the sickle cell trait, which means the effects of playing at altitude can affect him more than other players, so his absence might just be a precaution given the depth the Jets have at that position. He should be fresh entering week four if he doesn't make the trip.

Crowder is listed as doubtful but that generally means the player in question won't play, especially if they didn't practice all week. The Jets have other options, of course, but will Denzel Mims be active?

Hopefully the progress Franklin-Myers made during the week will mean he can play. He should be a good matchup for Bobby Massie at right tackle.

Denver has two starters listed as questionable, but have placed three defensive starters on injured reserve in recent weeks (Bradley Chubb, Josey Jewell and Ronald Darby) so the Jets will look to take advantage.