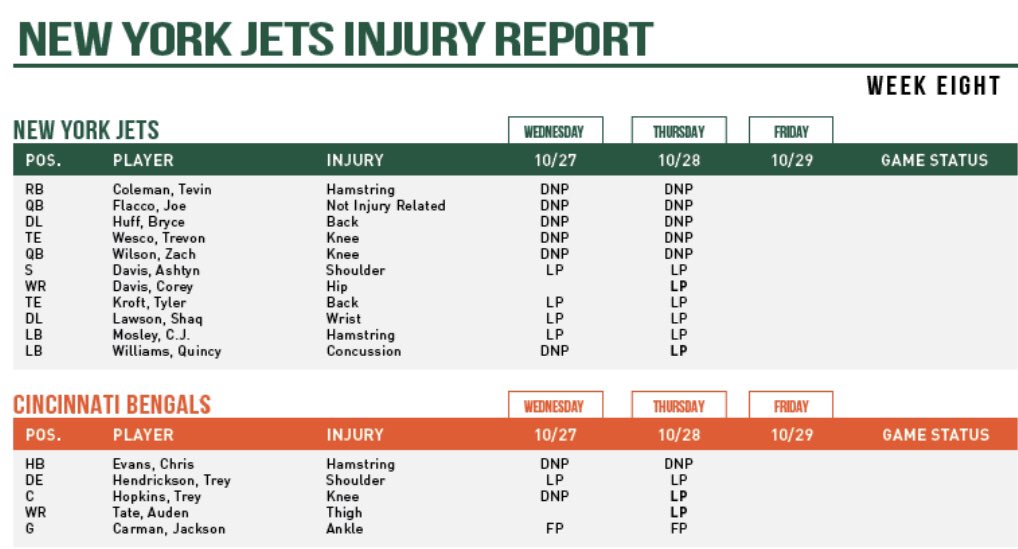 The main news here is that Corey Davis showed up on the list with a hip injury which merits keeping an eye on.

Quincy Williams' return to practice on a limited basis is also a good sign and Jarrad Davis and CJ Mosley both practiced again too, although Mosley is still limited. He told the media he's taking things day by day and that he should be able to play on Sunday if everything keeps progressing as it has.

The team also made one minor move:

Blair could feasibly be an option this weekend too, with Lawson and Huff less than 100 percent, as could Kyle Phillips, who was activated for practice but isn't on the 53 yet.

Fullback Nick Bawden, linebacker Noah Dawkins and tight end Kenny Yeboah are all also potential candidates to be elevated on Sunday, depending on who can't go.

Via GGN, here's our in-depth scouting report on safety Jarrod Wilson, who was recently signed by the Jets.…