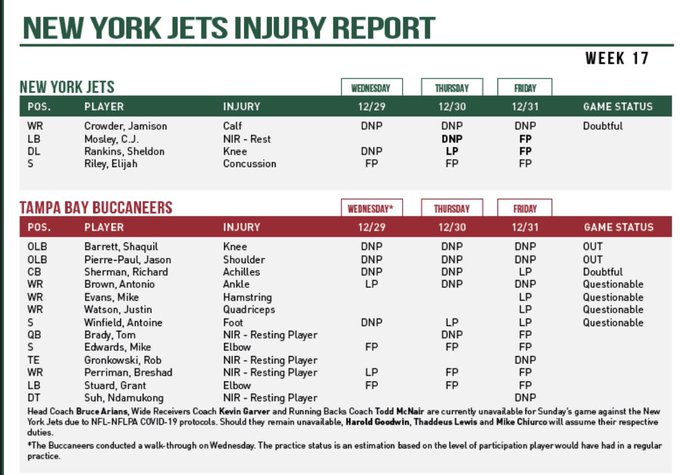 While Crowder is listed as doubtful, that generally means "out" although Robert Saleh expressed that he has a less than 50 percent chance of playing. Frustratingly, Saleh also confirmed that Elijah Moore is not ready to play this weekend so the Jets will have to work with the same group of receivers as last week. Moore could still play against the Bills in the season finale.

In more positive news, Saleh said the team still hopes to get Quinnen Williams, Tyler Kroft and Bryce Hall back in time for Sunday, although that wasn't certain.

As for the Bucs, Mike Evans was activated from the Covid-19 list but is still not certain to play. He, along with a few other key players, is listed as questionable and they still have two of their best cornerbacks on the Covid reserve.

It's time once again to review how confident the fanbase is in general manager Joe Douglas. Has the win…