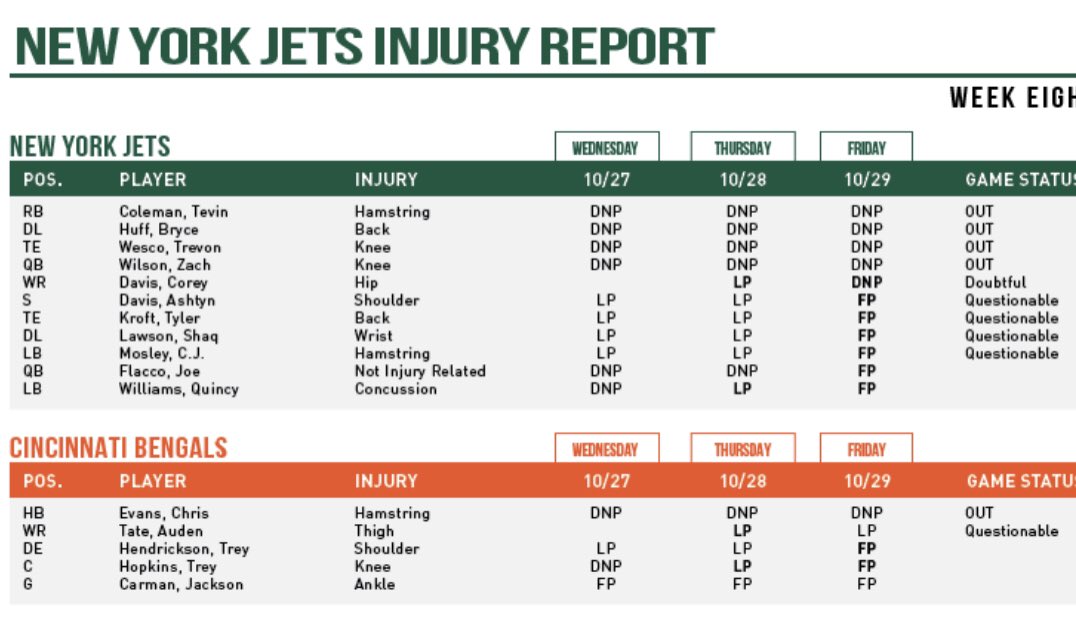 The loss of Davis is a blow, although it will provide the likes of Keelan Cole, Elijah Moore and Denzel Mims with a good chance to step up. The Jets could activate Jeff Smith this week too.

Among the options at defensive end with Huff out are to elevate Ronald Blair, Hamilcar Rashed, Jabari Zuniga or Kyle Phillips to the 53. Tim Ward or Shaq Lawson will presumably start in place of Huff. Sheldon Rankins lining up more at defensive end is another option.

The team is clearly getting healthier at linebacker. Coach Robert Saleh also confirmed that Jarrad Davis will play on Sunday.

Not much will change at running back or tight end. Coleman will miss his third game out of four so the rotation will remain as it has been. With Wesco down but Kroft returning to pick up the slack, little will change there either.

Saleh also said that Flacco will likely be inactive despite practicing today. Josh Johnson will presumably be elevated to deputize for Mike White.