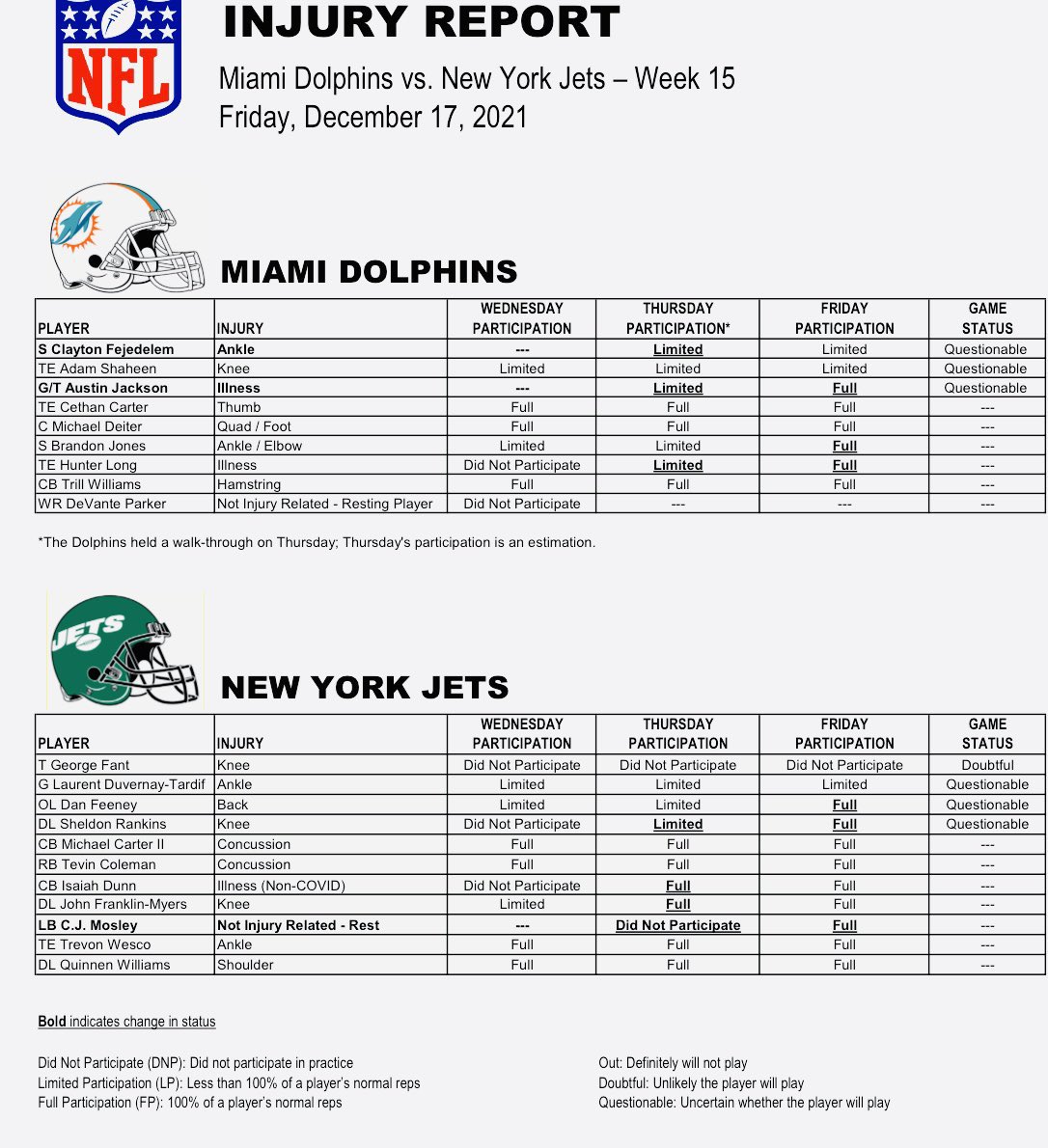 The Jets were optimistic that Fant would play on Sunday but no Jets player has been active after missing all three days of practice this season.

Apparently, Conor McDermott will start if Fant can't go. Ideally, Chuma Edoga would get that task, but he's not been added back to the active roster since being activated for practice two weeks ago, so apparently he's not ready.

McDermott has previously started two games in 2019 for the Jets and one in 2020, all due to injury. The Jets actually went 2-1 in they games, but only scored 32 points in total. McDermott has never started at left tackle before because two of the starts were at right guard and the other was at right tackle.

Of the three players listed as questionable, Laurent Duvernay-Tardif is perhaps the most likely not to play because the other two practiced full.

The Jets may elevate Noah Dawkins from the practice squad this weekend with Hamsah Nasirildeen on Covid-19 reserve. You can also probably expect Ronnie Blair and perhaps Vyncint Smith to be elevated again.