The final injury report of Detroit week is out: 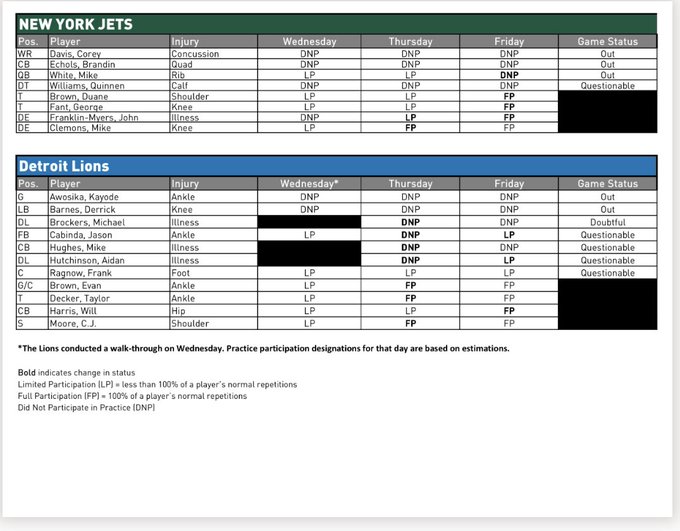 As we found out earlier today, the Jets will be without Mike White and Corey Davis but there's still hope for Williams.

Echols is also out but Tony Adams can take on a bigger role and Will Parks could be elevated from the practice squad assuming he clears waivers and re-signed. There's a chance Bryce Hall could be active too.

The Lions have a few starters listed as questionable but the three players who are out/doubtful are all backups. Brown, who was knocked out of the week 11 game against the Giants and hadn't played since, is set to return to the starting lineup for them.

Link: Bent's five things to watch in the Jets-Lions game