The Jets issued their first injury report of Chargers week: 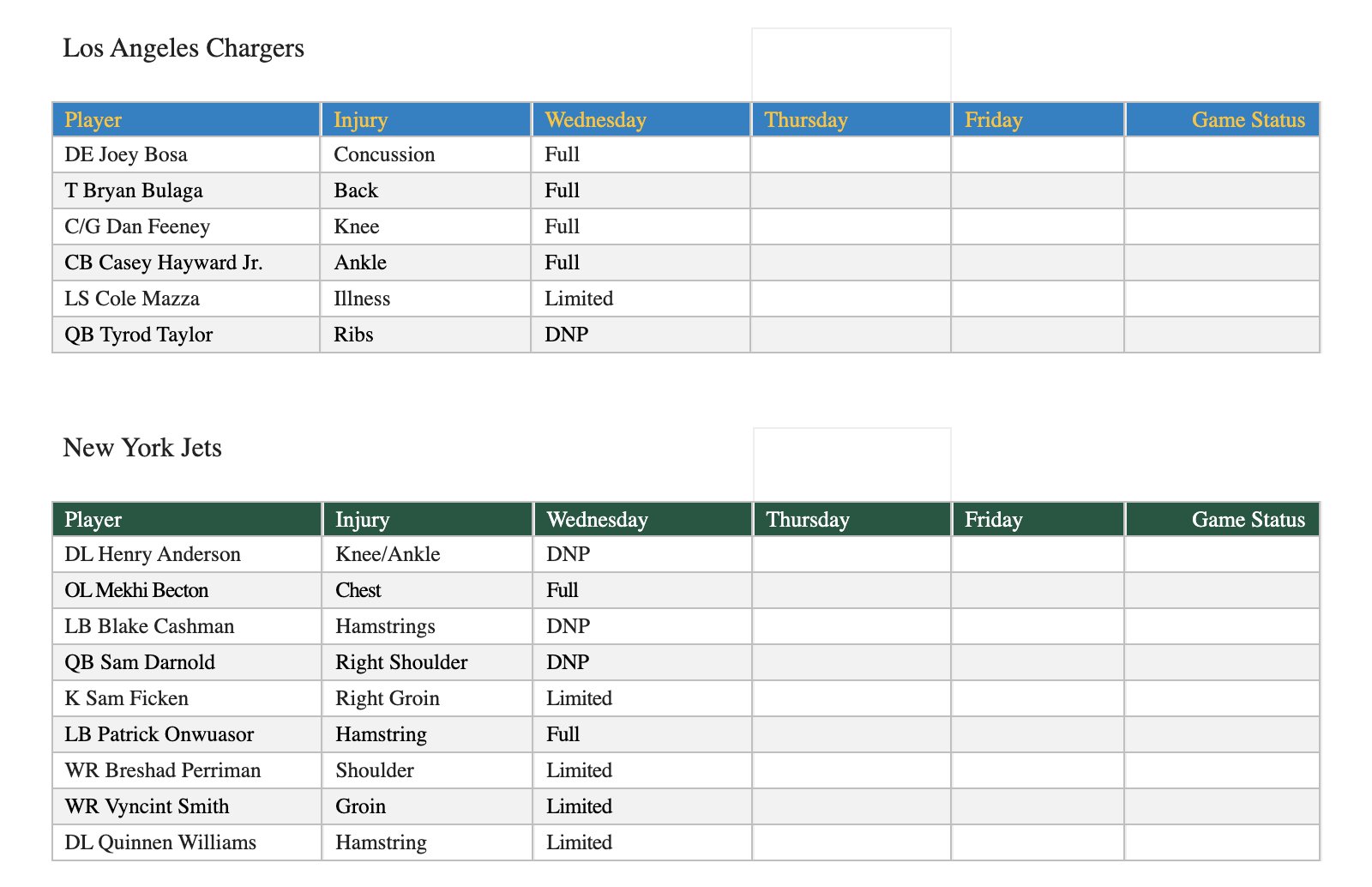 Gase said before practice that Anderson will practice later in the week but Darnold was already ruled out on Monday.

The Jets weren't sure about Williams' status at the beginning of the week, so the fact that he practiced, albeit on a limited basis, bodes well for his chances of playing on Sunday. It's disappointing that Perriman has a new injury, which was picked up in the New England, though.

Mekhi Becton should be good to go, after he revealed complications that caused him to reportedly have trouble breathing during his last appearance were due to him having a cold.

Roster News: Patrick Onwuasor added back to the active roster