The Jets issued their final injury report ahead of Sunday's game: 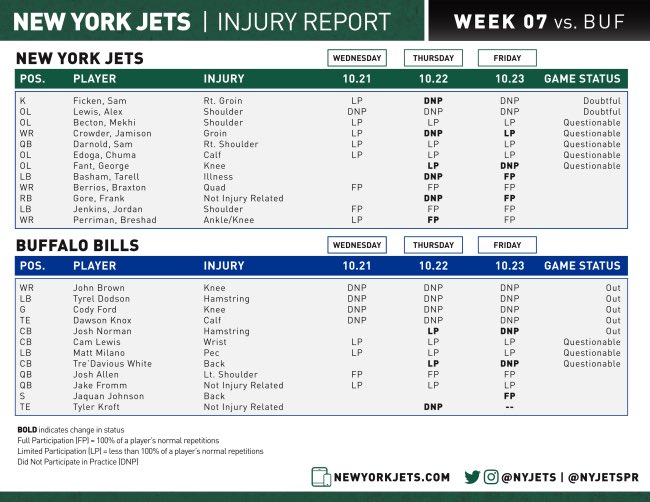 Adam Gase announced before practice that Darnold and Becton would start on Sunday barring a setback.

The offensive line should be weakened even if Becton does return, though. In addition to Lewis being out, Fant suffered a new knee injury yesterday.

Crowder's return to practice, albeit on a limited basis, was a good sign and we could see some reinforcements - including Denzel Mims - called up to the active roster tomorrow.

As we said yesterday, it looks likely that Sergio Castillo will be elevated from the practice squad to kick with Ficken out.

The Bills, who have been relatively healthy until now, have issues of their own. Four starters have been ruled out and another two are listed as questionable.