The final injury report of the week has been released: 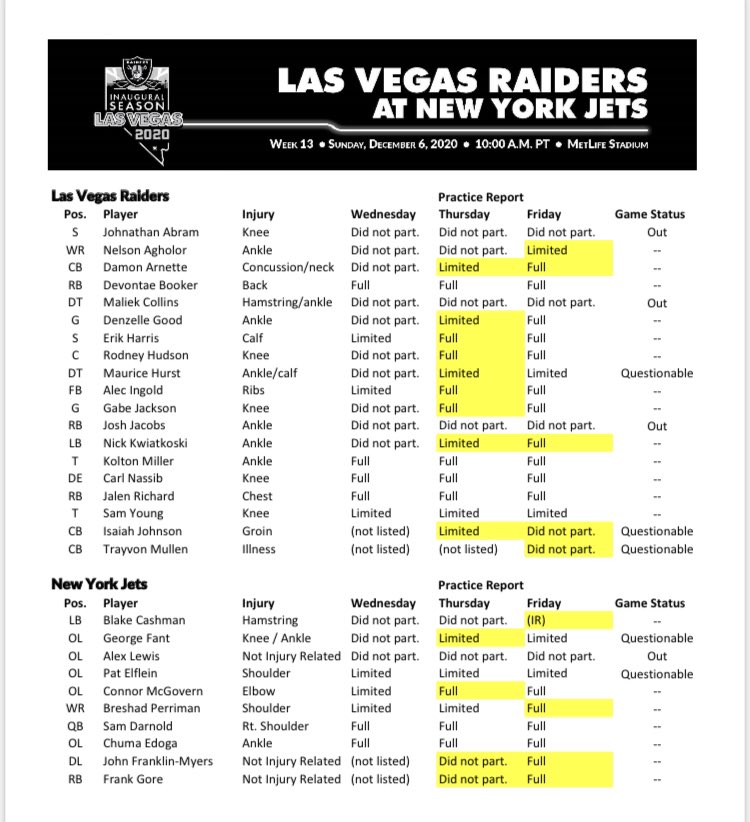 The Jets also made this move:

We're not going to speculate further on the Lewis situation but the team apparently is supporting him and hoping he returns before the end of the season. Elflein should start in his place, although he is listed as questionable so someone like Josh Andrews would start if he can't play.

Gase indicated that Fant should play on Sunday despite him being limited today. If he can't go, Chuma Edoga is healthy now anyway, so Conor McDermott won't have to start again and the Jets are expected to have their seventh different starting combination either way.

Franklin-Myers' absence yesterday was due to a Covid-19 test result that turned out to be a false positive so he'll also play on Sunday. Perriman also practiced full so should be a full-go.

The Raiders have three starters out and three other players, including one other starter, listed as questionable. That's much better than where they were a few days ago though, as 10 players missed practice with another three limited.

With the Jets still winless, has your faith in general manager Joe Douglas been shaken - or have the…