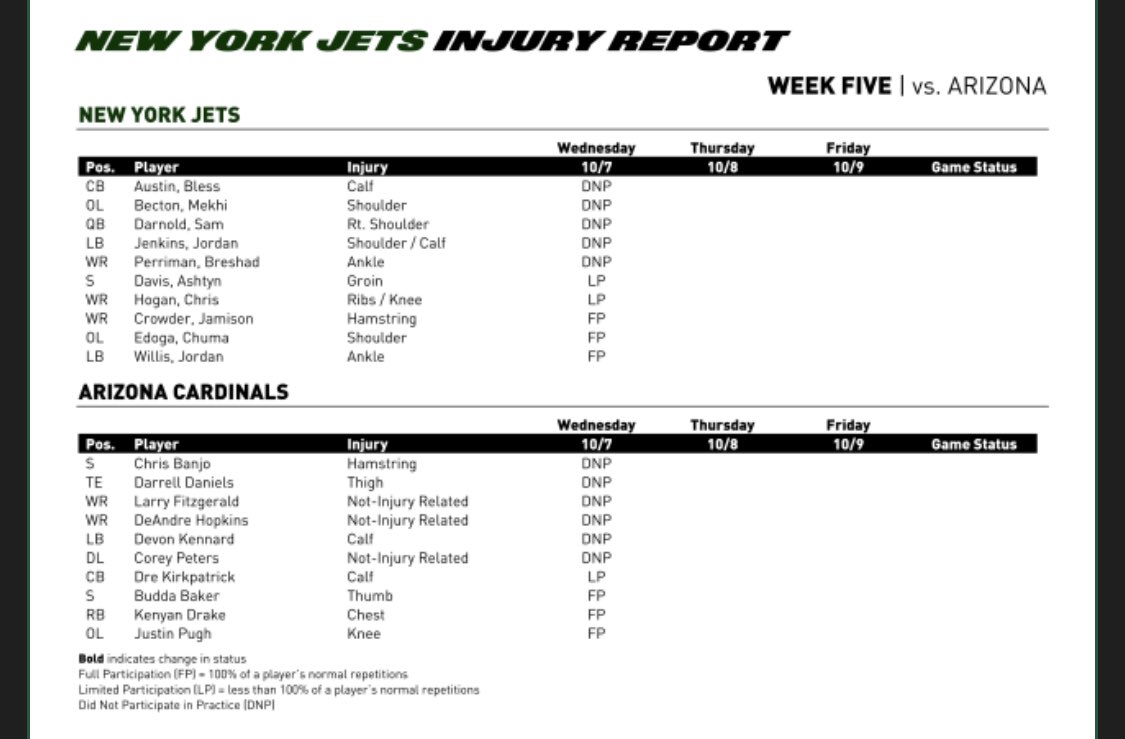 Adam Gase confirmed before practice that Darnold will not play on Sunday and that Joe Flacco will start in his place. It also sounds like Denzel Mims won't be activated from injured reserve yet and that Becton and Perriman probably won't be able to play on Sunday.

In more encouraging news, Le'Veon Bell is back at practice, along with Blake Cashman, Jabari Zuniga and Vyncint Smith. All four have been on injured reserve but can now practice and are eligible to be added to the active roster at any point over the next three weeks.

The Jets also confirmed that Lawrence Cager is now on the practice squad injured list and Donte Moncrief has been moved off that list and back on to the regular practice squad. They protected Lamar Jackson and Mike White against being poached this week.