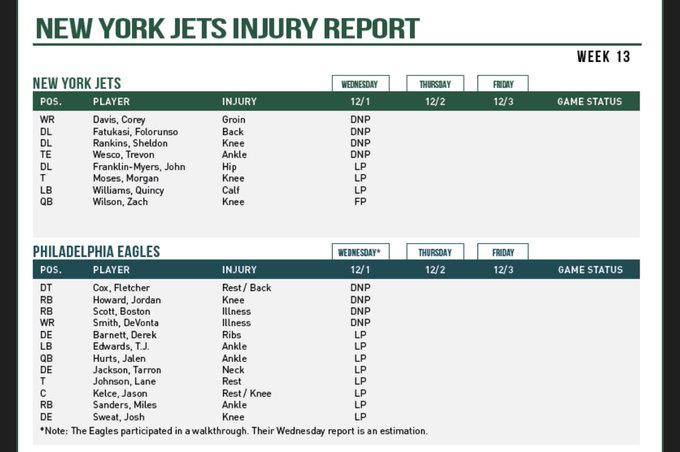 While nobody has been ruled out yet, these will warrant close scrutiny over the course of the week.

The Jets did place Keelan Cole on the Covid-19 reserve list. Internally, the Jets were concerned they'd need to put more players on the list, but hopefully they've managed to avoid having to do that, for now. At least there are some reinforcements on the way:

For the defensive linemen who didn't practice, it may well just be a rest day at this stage of the season. Hopefully the limited players will be ready for Sunday too.

As for the Eagles, there was some doubt over whether Jalen Hurts would play. However, he stated today that he will.

Via GGN, here's our in-depth scouting report on fullback Nick Bawden, who was recently added to the active roster…