The Jets released their first injury report of the week, although they just had a walkthrough today: 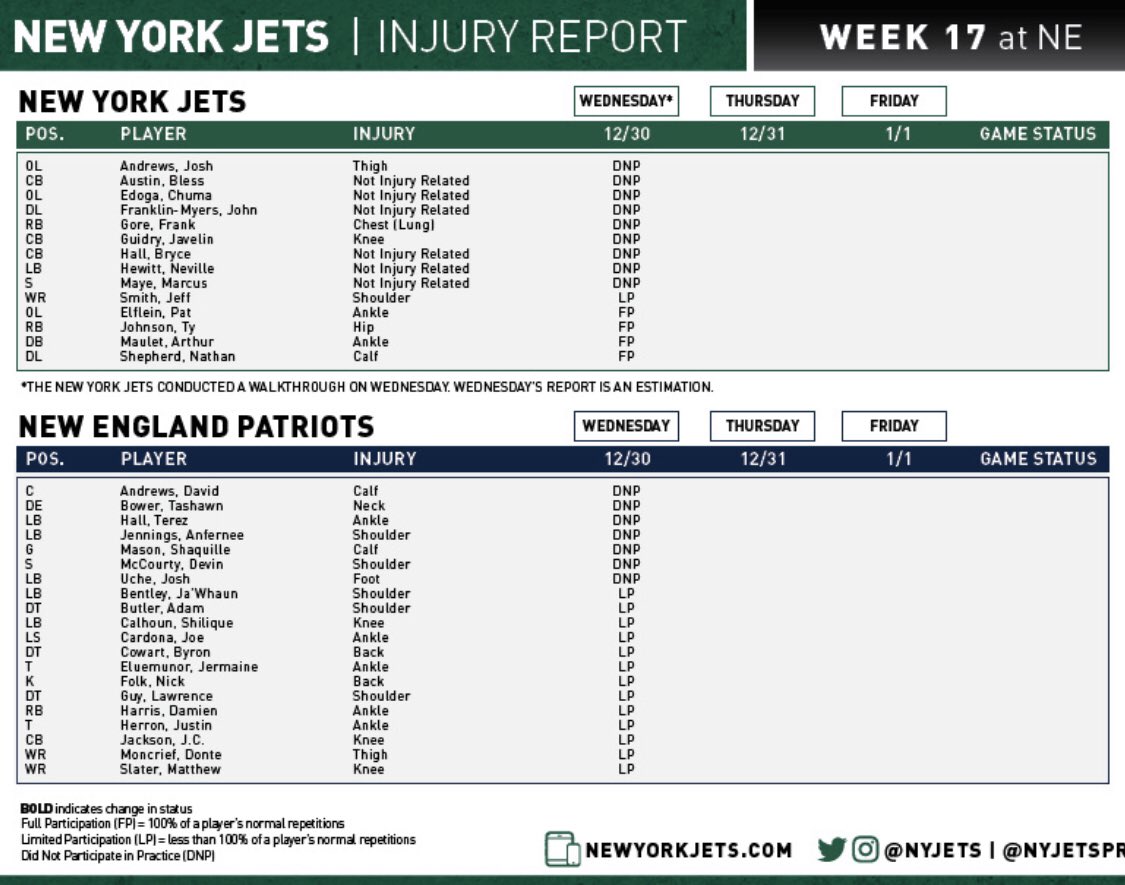 News also broke that rookie running back La'Mical Perine tested positive for Covid-19 which means the team kept several players out of practice to assess whether anyone else needs to be placed on Covid-19 reserve. Ryan Griffin was activated from the Covid-19 reserve list yesterday but Perine is the first player to actually test positive all season.

Gore and Andrews were placed on injured reserve after practice was completed, so Guidry is the only player still on the roster to miss practice due to injury.

With Gore and Perine unavailable, the Jets will be able to give Ty Johnson and Josh Adams the main workload in the running game. They could also activate Pete Guerriero from the practice squad.

Andrews was injured on Sunday and had to leave the game with Connor McDermott replacing him. However, Greg Van Roten and Alex Lewis were both activated for a return to practice and so either or both could be added back to the roster for Sunday's game.

Guidry's absence could mean Arthur Maulet moves permanently back into the slot or that Corey Ballentine gets some defensive reps for the first time. However, there may yet be a chance he could play because he wasn't placed on injured reserve yet.

As you can see, New England are really banged up heading into the weekend (if you can trust the accuracy of the injury report, which you probably can't).