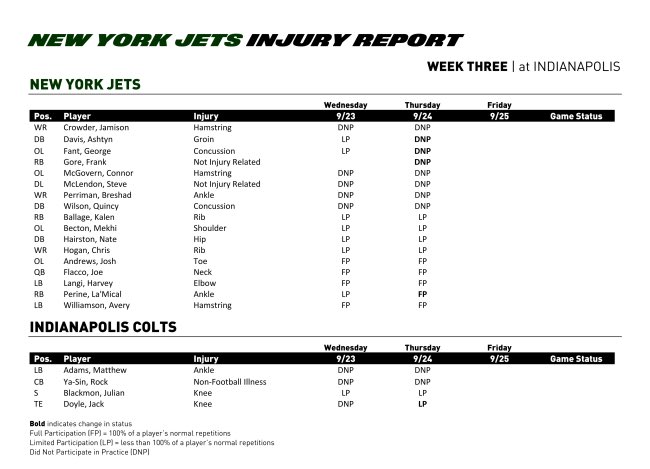 Prior to practice, Adam Gase indicated that McGovern, Fant, Perriman and Crowder probably won't start on Sunday. Josh Andrews, Chuma Edoga and Lawrence Cager are among those who will need to step up.

Defensive back depth could also be an issue with Wilson and Davis not practicing and Arthur Maulet just having been added to injured reserve. The Jets might need Marqui Christian, who they just signed, to contribute immediately at safety, or could find some reps for Matthias Farley. At cornerback, with Hairston also limited, perhaps the Jets will consider elevating Javelin Guidry, who has been protected on the practice squad for the past two weeks.

Although Gore was merely rested today, Gase has indicated that he plans to use his other running backs more on Sunday. Perine practicing full is a positive step for the rookie.