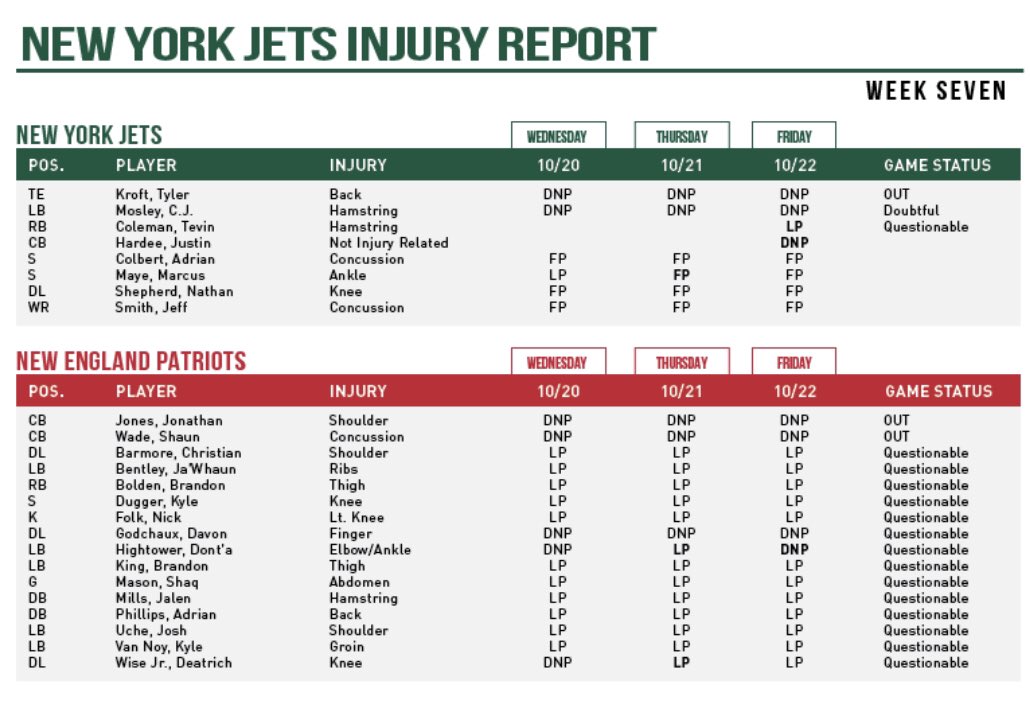 As indicated earlier this week, Mosley was planning to work out before the game to decide whether he's good to go. However, the fact that he's been downgraded to doubtful is probably not a good sign.

With Kroft out, the Jets will presumably elevate Kenny Yeboah from the practice squad again. When Kroft was inactive in London, Yeboah was elevated for special teams duties, but basically the Jets just increased Ryan Griffin's workload to pick up the offensive slack. This will be the last time Yeboah can be elevated without adding him to the 53 this season, unless it's as a Covid-19 reserve replacement.

Coleman is a new addition to the list, suggesting his hamstring issues arose today. While he hasn't been carrying the ball much, the team could miss his pass protection and he also made some good contributions as a return man in the last game. Perhaps La'Mical Perine will be active for the first time if Coleman is ruled out.

New England has plenty of depth so they won't be too concerned about potential absences from their own injury list. The fact that they have listed 14 players as questionable is quite frankly a joke and makes a mockery of the injury list rules.