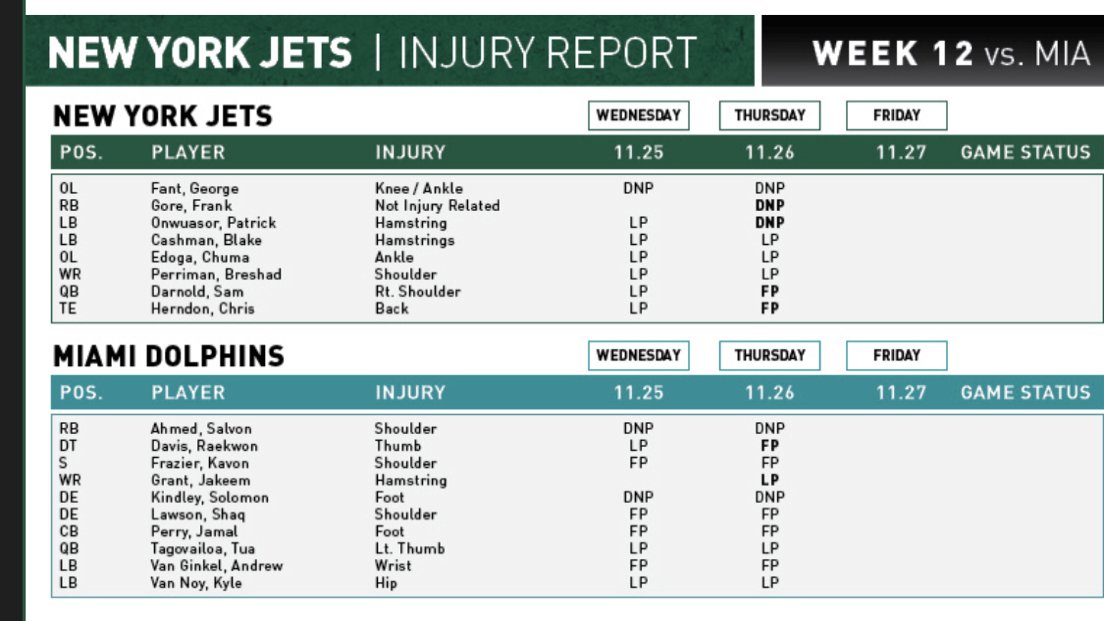 With Darnold and Herndon returning to full practice it seems likely that both will play on Sunday. However, Onwuasor didn't practice after pulling his hamstring at practice yesterday and Fant missed practice for the second day in a row.

The status of Perriman, Edoga and Cashman remains up in the air as all three were limited again.

For Miami, Jakeem Grant picked up a hamstring injury which bears watching. They do have some potential reinforcements coming though. Christian Wilkins was activated from Covid-19 reserve and leading rusher Myles Gaskin has begun practicing with the team following a spell on injured reserve.

Thanks to all JetsFixers for their continued support of our wacky website. Here's a thread for you to discuss…