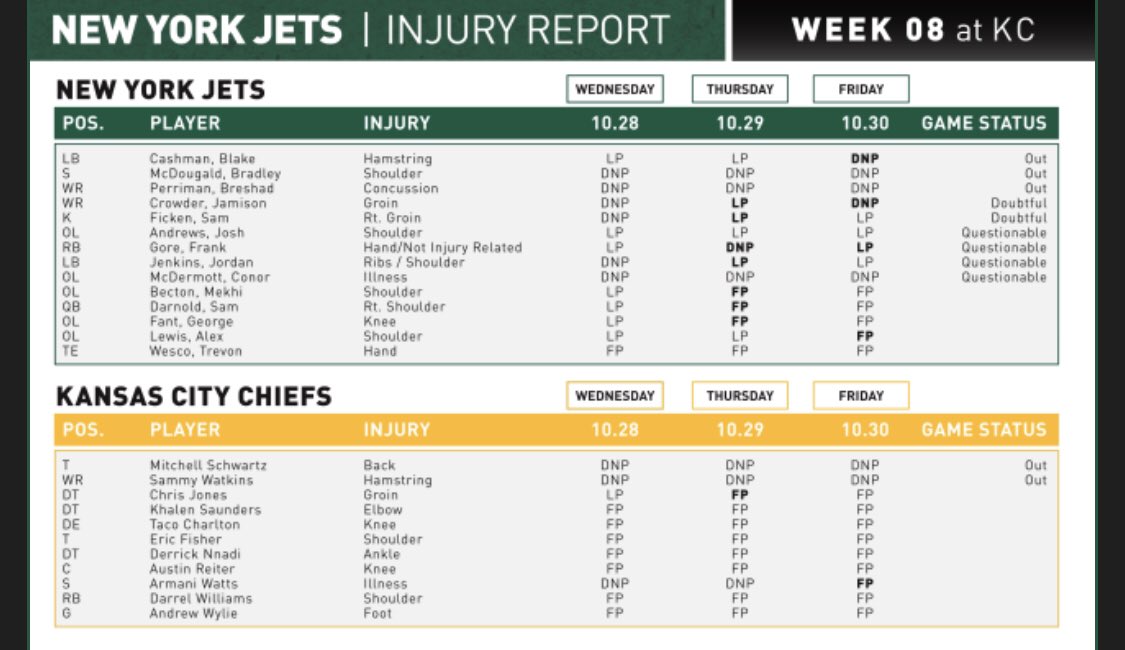 After there was optimism yesterday about his availability for Sunday, Crowder missed practice again today and now looks set to miss his third game in a row. In addition, Adam Gase had already ruled Cashman, McDougald and Perriman out for Sunday.

Cashman must have suffered his hamstring injury in practice this week. While the Jets could activate Patrick Onwuasor to replace him, they also have the option of calling up Bryce Hager from the practice squad as they did on Sunday.

Ficken was going to give it a shot in practice today so the Jets will presumably wait until the last minute before they commit to activating Sergio Castillo. Remember, players can only be elevated from the practice squad twice during the season, so that solution won't be available forever as they'd need to either use a roster spot or another kicker.

The most positive news was that Alex Lewis made a return to full practice so the Jets should be at full strength on the starting offensive line.

As you can see, the Chiefs will be without Schwartz and Watkins.