Eric Crocker was a cornerback who attended training camp with the Jets in 2013 and also played in the Arena Football League. Over the past few years, he's started making waves as an analyst, so we got him to talk to JetsFix about his post-playing career, his thoughts on the Jets' cornerback position and some insights into his time with the team. 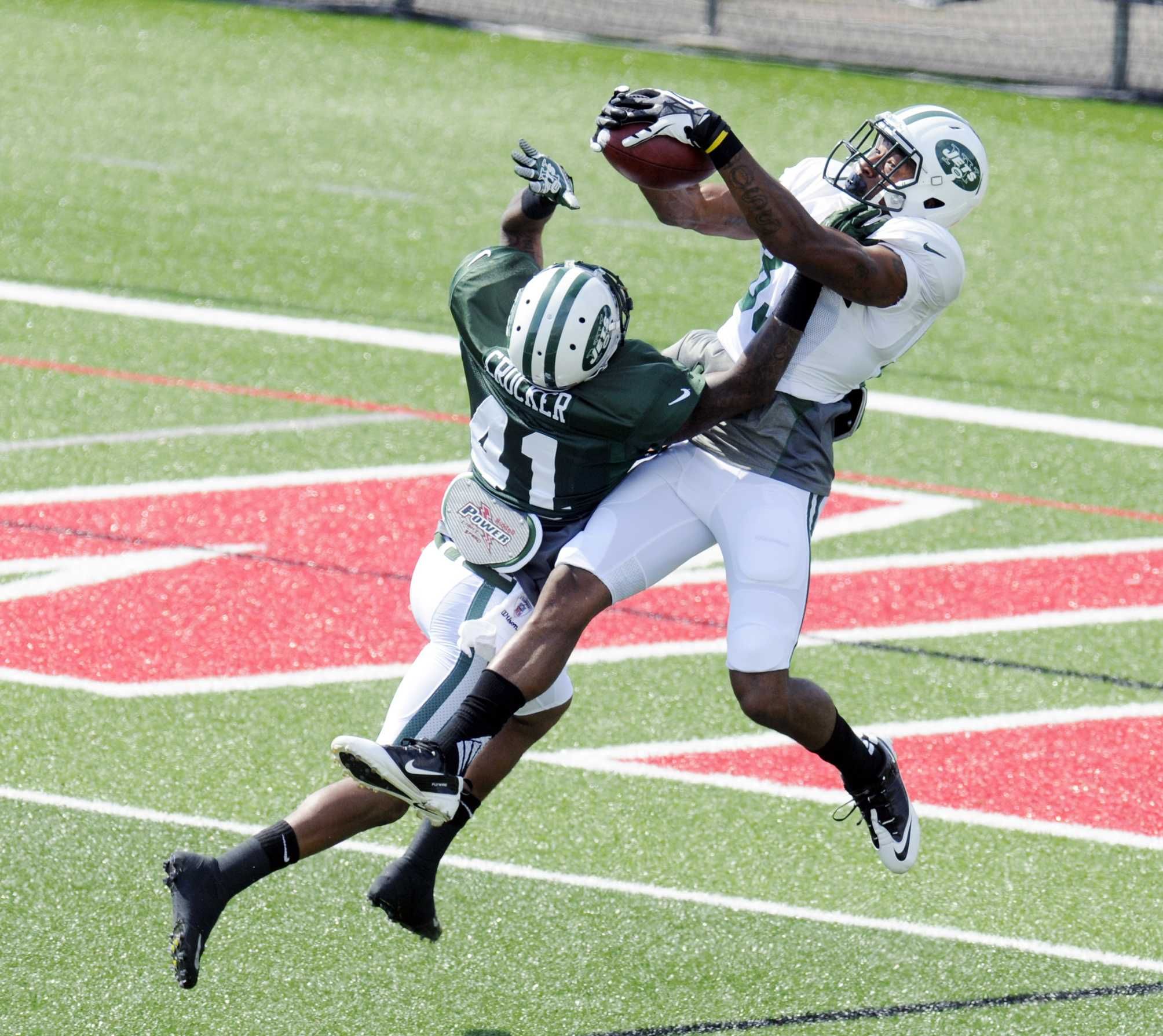 Being a fan of the game has been a lifelong passion of mine. My time playing just gave me a different perspective on the NFL and football in general. Really from all aspects of it. The work it takes to get there, business side of things, roster politics.. really everything. Different styles of coaching I experienced. I take all that information and experiences and try to put that back into my work on my social media platforms.

I have to watch more film on those guys to give legit analysis. I try not to just talk out of my ass lol.

Bonus Link: His college at CrockerReport.com did, however, review Hamsah Nasirildeen in detail, calling him one of his favorite prospects he'd reviewed all summer.

Also, here's the in-depth twitter thread referred to in the article:

- What about the existing corners already on the roster? Unless any rookies win a job or they add a veteran later, it looks like Bryce Hall and Blessuan Austin will start on the outside and Javelin Guidry will man the slot. Do you have any views on what these players bring to the table?

Bryce Hall is the interesting one to me. That's a guy who I liked a good amount. I thought if he would have came out after his junior year he would’ve been drafted much higher. After the ankle injury and a deeper 2020 cornerback class, it pushed him down boards. He started being questioned more. I spoke with some people that thought he was a safety or nickel which was crazy to me because I always viewed him as a versatile outside corner with a high motor. Could play off, press. Thought his technique was decent. I think a full healthy off season should do him good.

You know… I know Tru. I’ve trained him a couple times. Big guy who moves very well. With the Rams he excelled playing off coverage… more cover 4 which typically is opposite for big corners. They ideally like to play closer to the line of scrimmage. His anticipation and feet from off was really good. Tru was never the fastest guy but was definitely fast enough.

He was more of a match up guy in press. Would rather him press a Fitzgerald or Calvin Johnson than Cole Beasley or any smaller receiver. I think as he got “older” that fast enough speed quickly turned into not fast enough. I’ve heard some other things but I respect him enough to not speak on it because I didn’t hear it from his mouth. Overall I’m not a big fan of spending big money on free agent corners.

I have a hard time comparing anyone to Revis because the Jets put so much responsibility on him. It’s rare guys do that now. Especially with teams going to more 2 high. Revis was playing corner in a single high scheme and they’d roll coverage away from him all while shadowing teams best receivers. Crazy.

I think if I could have ONE corner in the NFL, there are guys I love watching and appreciate but none more than Jalen Ramsey. His attitude, his confidence, his swagger, his smarts on the field. That’s the kind of guy I want to go to battle with. I know he cares and I know he’s not backing down from any challenges. Extremely versatile. Definitely my favorite corner to watch. I love the way he plays the game.

Here’s a thought: Sam Darnold was dealt a bad hand. The organization from the top down was bad forcing him to try and carry a load he wasn’t ready for. Joe Douglas bringing in Saleh was great. He's a culture changer. Players will rally around Saleh like they did Rex. I like the young players they’ve surrounded Zach Wilson with on offense and feel like they’ve already given him more young talent than Darnold ever had, including building that offensive line.

Bonus Video Link: Can Sam Darnold get rid of some of his bad habits with a better team around him?

Jets are probably a few defensive players away from making some noise in the AFC East. With the kind of turnover they’ve had and a rookie QB, I won’t predict a high amount of wins but I think it’s more about what it looks like. Will the losses instill confidence in the fan base? 49ers started 0-9 in Shanahan and Saleh’s first season but you could still feel things changing. That’s the feeling you are searching for even more so than looking at the end of the season record.

Rex was the best coach I’ve ever been around. He instilled confidence in everyone and was the ultimate motivator. He was a players coach but big time X’s and O’s guy. He knew the defense like the back of his hand but still made guys feel like they could try things and have a hand in what they did. He’d call me by my first name. That meant a lot because guys at the bottom of the roster are just a number.

As far as players, I think now a days it’s easy to keep in touch with dudes because of social media so there are guys I'm still somewhat in touch with. Cromartie, John Griffin, Rontez Miles, Darin Walls.. there are a few others as well, and a couple of coaches.

A massive thanks to Crock for his insights. We hope to one day bring him back again, perhaps after the season.

Daily Poll: Which Jets player(s) will make the pro bowl in 2021?

Between now and training camp, we'll be polling you on a series of issues on a daily basis. Please…