In what is sure to be one of the most divisive posts in JetsFix history, JetsFix regular Sunset Boulevard controversially settles a debt following a fantasy forfeit gone wrong...

Deep within Jetsfix lore, there lie certain undeniable truths. Cabinda is a sacred rite, we are all idiots when we try to guess bent’s EYES, and harold did nothing wrong. Every millennium or so, a new truth reveals itself and the world shifts on its axis. In 2019, such a cataclysmic event occurred: I joined Jetsfix.

Concurrent to my ascension as best content creator among non-moderators, CBS debuted “Bob Hearts Abishola” (where the Hearts is an actual heart emoji, because why not) on September 23, 2019. It was very subtly promoted by CBS during every commercial break of every Jets game all ficken year because we, as Jets fans, do not suffer enough already. Written by Chuck Lorre, of “Big Bang Theory” and “Dharma and Greg” (I’m sensing a trend here) fame, BHS follows the story of Bob Wheeler, who upon being hospitalized for a heart attack, falls in love with his Nigerian nurse, Abishola, which I’m totally sure is a real name that lots of people have. Please enjoy this content summary of the first episode of BHA; Pilot.

0:22 – Bob is being wheeled into a hospital in Detroit because of a heart attack. Some woman, perhaps his mother, criticizes his diet to which he calmly replies, “NOT NOW CHRISTINA.” At the 22 second mark, Bob demands the stretcher team wait so that he can lean forward and fart. Cue laugh track. Again, we are 22 seconds in.

0.53 – We are introduced to our second titular character as Bob opens his eyes and spots Abishola. She has a very thicc … accent. Bob lets her know that she is pretty and that he needs to pee, helpfully offering to pee in the bed. Impulse control is not one of his strengths.

1.28 – While slowing being carried by Abishola to the bathroom, where normal humans pee without needing to be told to do so, Bob asks to see Abishola’s socks. He explains that socks are his business and that hers are a shtty Vietnamese product that don’t withstand washing. Abishola notes that this is true and this promptly solves many of her life’s problems. Masterful writing here by Lorre to very organically reveal some background information about Bob.

2.40 – Abishola tells Bob he needs to keep the door open while he pees, which causes more issues for him, as he is gun shy. Abishola threatens to shove a catheter up his penis. She sings to him in Nigerian because it used to help her son fall asleep. Bob successfully urinates but needs to be told to wash his hands.

4.37 – Bob learns Abishola’s name and asks if anyone calls her Abby. She says they do not because that is not her name. Bob promptly calls her Abby. They briefly commiserate on how difficult their families are. Bob tells Abishola that she can call him Bob and then he laughs at her accent when she says it.

5.00 – At the five-minute mark, the opening credits run and it is various city spaces within Detroit being populated by an ethnically diverse group of names. Bob and Abishola’s names are far apart but finally come together in the final sequence. How beautiful.

6.00 – Bob is being discharged with his family, who all work in the sock business with him. Christina is actually Bob’s sister and is recently divorced and going through therapy. We learn this when Bob tells her, “Your marriage ended and you wanted a job so I gave you a job. So do your job.” His brother is Badger from Breaking Bad! Bob’s father died at a young age, the family worries that Bob will face the same fate. Bob demands that they sell their sock products to this hospital. Your scrutinizing reviewer thinks this is a ploy to spend more time with Abishola.

6.40 – The scene cuts to the production source in Kuala Lumpur for Bob’s sock emporium. For some reason, everyone is wearing a mask in this scene. Was Bob Hearts Abishola trying to warn us about something? Nothing comes to mind. 7.32 – Bob’s Asian supplier ditches him to produce for Nike. Wise decision. Bob asks his mother, “How can I calm down? We are running out of Asian people to make our socks.” Christina proposes that maybe they should stop exploiting people. Bob’s mother says they don’t exploit anyone, they simply turn a blind eye to the business intermediates that do. Bob’s brother says they installed suicide nets long before anyone else. I assume these people become the first family in Season 2.

8.36 – Bob returns the next day to the hospital to give Abishola some socks. She is not working currently but he bribes her home address out of another nurse. The nurse on duty refuses his generous bribe of one pair of socks. “Honey you in Detroit, you need to give me some money.” This show is great.

9.35 – Bob goes to Abishola’s apartment home and her parents open the door. When he tells them there is nothing wrong, they shut the door and Abishola’s mother decides something is wrong. “Tell me, when has a white man ever been at the door and nothing ever been wrong?” Then they have Abishola’s son answer the door. Then Abishola answers the door. This continues for some time. Abishola’s mother demands to know what Abishola did for those socks. Abishola accepts the socks and slams the door in his face when Bob tries to initiate a conversation.

13.50 – Abishola gets a call that her son got into a fight at school! Apparently, another boy at school called him a name that the white school administrator is too uncomfortable to say out loud, so she writes it down on a notepad and passes it to Abishola. The word? Jungle bitch. That is probably not a stand in for a more prominent racial slur. Abishola gives her son permission to join the track team.

16.08 – Abishola loses a patient at the hospital but the doctor doesn’t seem to care much, upsetting Abishola. Another nurse says, “They say he’s on the spectrum, but I say he’s just a dick.” Cool. While Abishola is calling the family of the deceased to give them the bad news, King Simp jaunts in with more socks.

17.45 – Bob waits outside the bus stop for Abishola. Bob wants to know if she felt something special when she sang to him when he was on the toilet. He follows her into the bus even though he doesn’t know where it is going. He drops the bus driver a $20 with that sweet sock money and says the next ten passengers are on him. What a flex. Despite many open seats, Bob clears his throat near Abishola, indicating that he wants her to pick up her bag and open the seat for him. She complies for some reason.

18.57 – The episode mercifully ends. How I feel can be summed up with this photo: 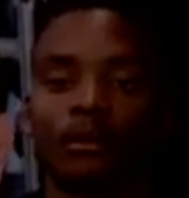 Did I enjoy this show?
No, no I did not.

Do I see Bob and Abishola getting together?
Yes, in a courtroom setting where Abishola fails to get a restraining order against Bob for his stalkerish behavior. The next episode will look like the first five minutes of another one of Chuck Lorre’s shows: CSI: Crime Scene Investigations. Bob will not be prosecuted. He’s got that sock money.

How will this show affect race relations in the United States?
I don’t want to say it is responsible for our current predicament but I can’t say it helped.

Best quote from the pilot?
I don’t care and neither do you.

What was the critical reception?
5.89 million viewers watched the pilot episode. By the end of the first season, this number increased by another million viewers. Who are you people? BHS has a 6.6 out of 10 on IMDB out of over 2,000 ratings. In your face, Fatrex.

Where did the name Abishola come from?
Abishola is Yoruba for “born to wealth” and was picked by co-creator Gina Yashere, who is of Nigerian descent. Lupita was the first choice.

Do YOU want to write a guest post for JetsFix? If so, we accept almost anything (as you can see). Send your pitch to bentdouble@gmail.com.

Via GGN, here's the in-depth scouting report on wide receiver George Campbell, who recently signed with the Jets as…