The Jets have announced their futures signings: 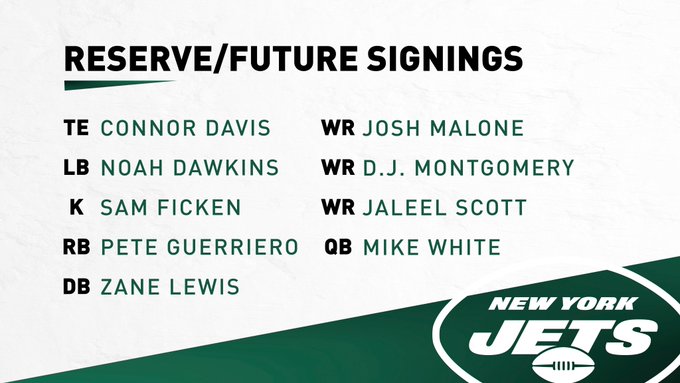 Castillo and the three other practice squad members that weren't offered a futures deal - Bronson Kaufusi, Corbin Kaufusi and Brady Sheldon - could still get one at a later date.

We'll bring you scouting reports on the others between now and the start of the new league year in March.

We've been breaking down this week's game against the Patriots. We wrap up today's analysis with a look at…