The Jets, who did not practice today, made a series of moves at the bottom end of the roster:

There was also a couple of practice squad transactions:

Dawkins will probably be signed back to the practice squad too, as the team has already shown they'll move players onto and off the practice squad and roster as it suits them. Nasirildeen's imminent return will move him back down the depth chart at linebacker though.

The Jets were always likely to bring Wilson and Jamerson back because they only had three safeties on the roster on Sunday and none on the practice squad.

With the Jets healthier now at linebacker, Reynolds seemed unlikely to get a chance any time soon even before he got hurt.

Finally, here's today's injury report, which was estimated because the team did not practice: 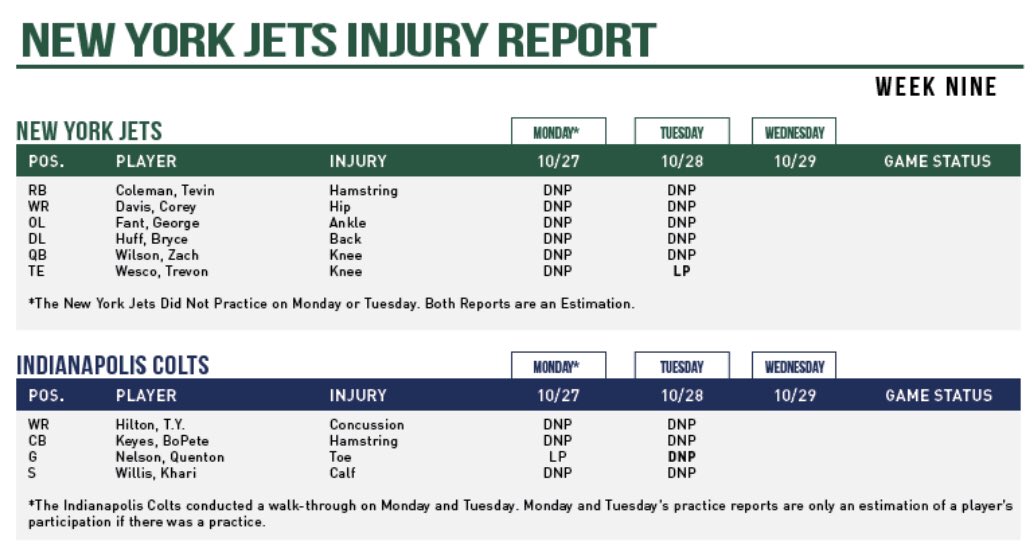 The Jets snuck in a late deal before the trade deadline: Trade! The #Jets are sending tight end Dan…