More players were waived in this postseason than usual, partly because there were two extra teams involved but also because more players than usual were released with teams able to juggle their rosters due to unlimited practice squad elevations being available.

The Jets are still near the top of the priority list, so they could be successful if they've placed a claim on any of the available players.

Here is a list of the players that were released during the playoffs. Do any of these interest you? 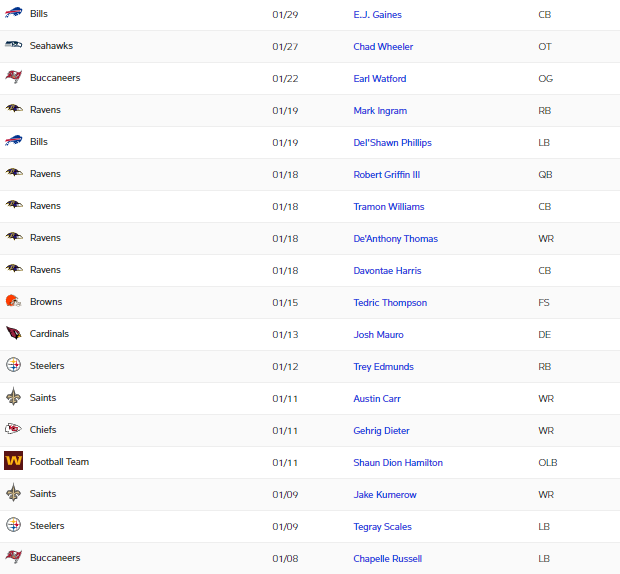 In some cases the player might be out of contract at the end of the season, but this doesn't necessarily mean they won't be claimed. This is what the Jets did with Mike Pennel in 2017, giving them the inside track to signing him in the offseason and also potentially entitling them to a compensatory pick if he was signed by another team.

In fact, the Jets claimed Trevon Coley off waivers with a few weeks to go in the season, never used him, and now he's a pending free agent too, so that move may also have been made with a similar plan in mind.

We should find out on Monday if the Jets - or any other team - have made any successful claims.