Coming up this evening from Sunrise, Fl. is a unique NFL event pitting some of the league's fastest players against one another in a tournament to win one million dollars. 16 current and former NFL players will face off in a series of one-on-one races over 40 yards until a champion is crowned.

The event is being shown on pay-per-view

For fun, let's hold a bracket competition for bragging rights. 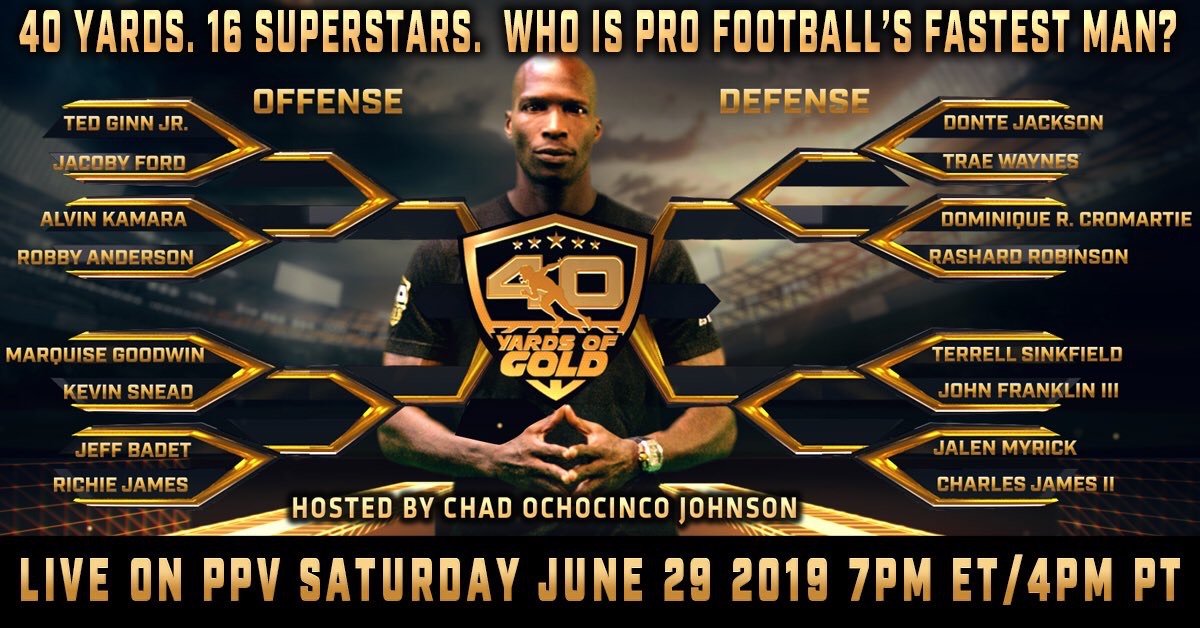 Your entry should go into the comments section in the following format:

List the winners in each round, then leave a gap, then the next round and so on. A completed entry should look like this:

Scoring is as follows:

Maximum score is 19 and the tie-breaker question is as follows: What will be the fastest official 40-time all day?

Put your entries in the comments section from any time between now and the first race.