The second injury update of London Week has been released... 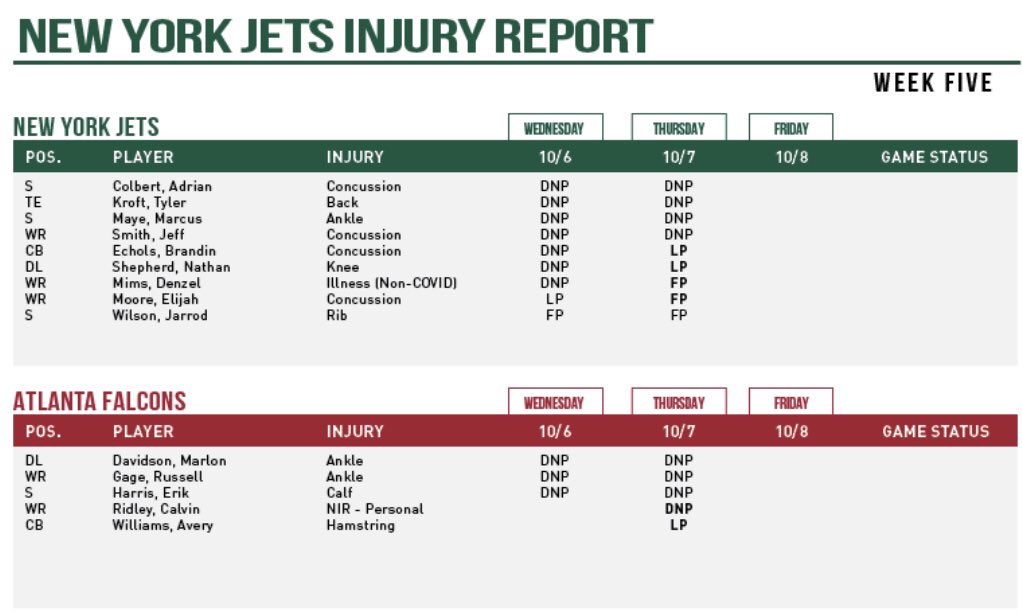 The Jets, who are getting healthier, will practice in the UK tomorrow afternoon (mid-morning UK time) before the final report is issued.

The Jets also made a couple of roster moves, releasing safety Jarrod Wilson from the active roster and offensive lineman Jimmy Murray from the practice squad.

The bigger news comes from the Falcons. They will be without their top wide receiver Ridley, who isn't making the trip to London because of a personal matter. Gage, their other starting wideout, is has also been ruled out so the Jets will face a team without their top two receivers for the second straight game.

Great news about one of the Jets' up and coming youngsters: It’s a four-year, $55 million extension. 30Ms…