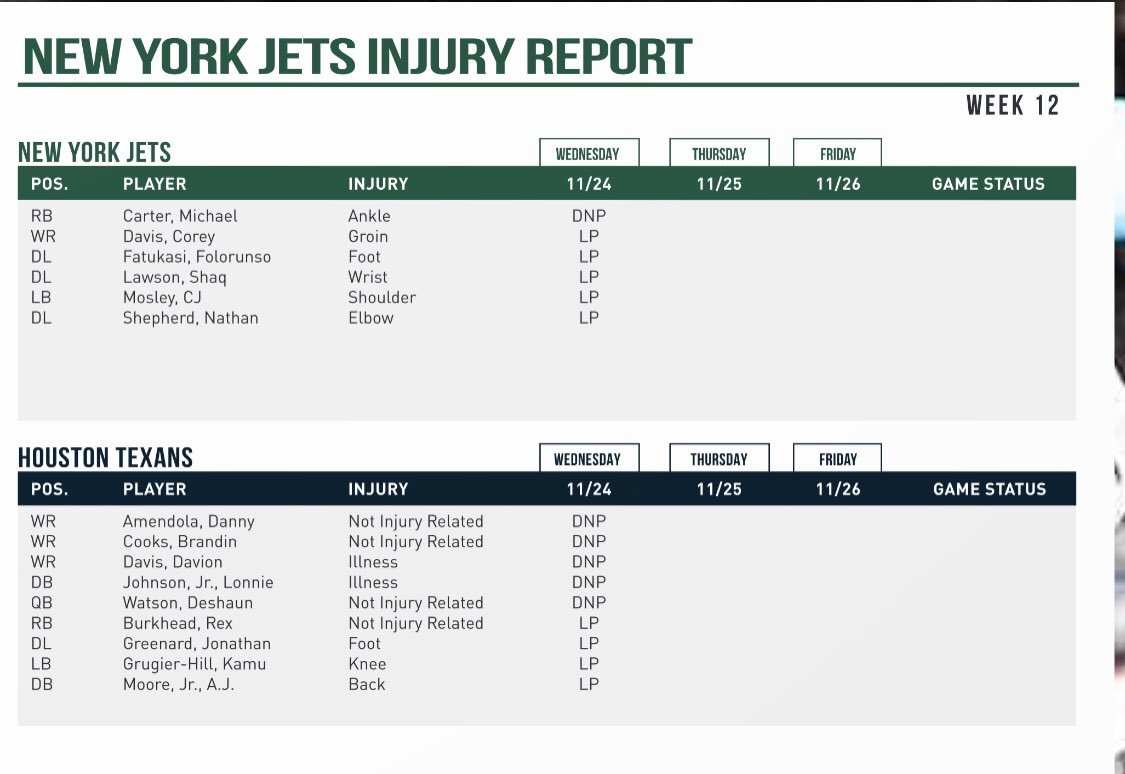 There's concern over Fatukasi and Davis because neither were mentioned as going to be limited prior to practice, which suggests they got hurt during the session.

The Jets apparently intend to lighten Mosley's workload in the second half of the year anyway, so they're just exercising caution with him.

If Lawson is unavailable the Jets had previously said that they would be activating Bryce Huff ahead of the Texans game so that might not matter too much.

The Jets made another move, bringing back someone they cut after preseason: We’ve signed QB James Morgan to…

The Jets made a couple of routine moves: We've signed FB Nick Bawden to the active roster…