Today's injury report includes a bombshell as starting safety Marcus Maye has been ruled out for three to four weeks with an ankle injury.

That wasn't the only development today. It also emerged that wide receiver Jeff Smith was involved in a car accident and suffered a concussion. 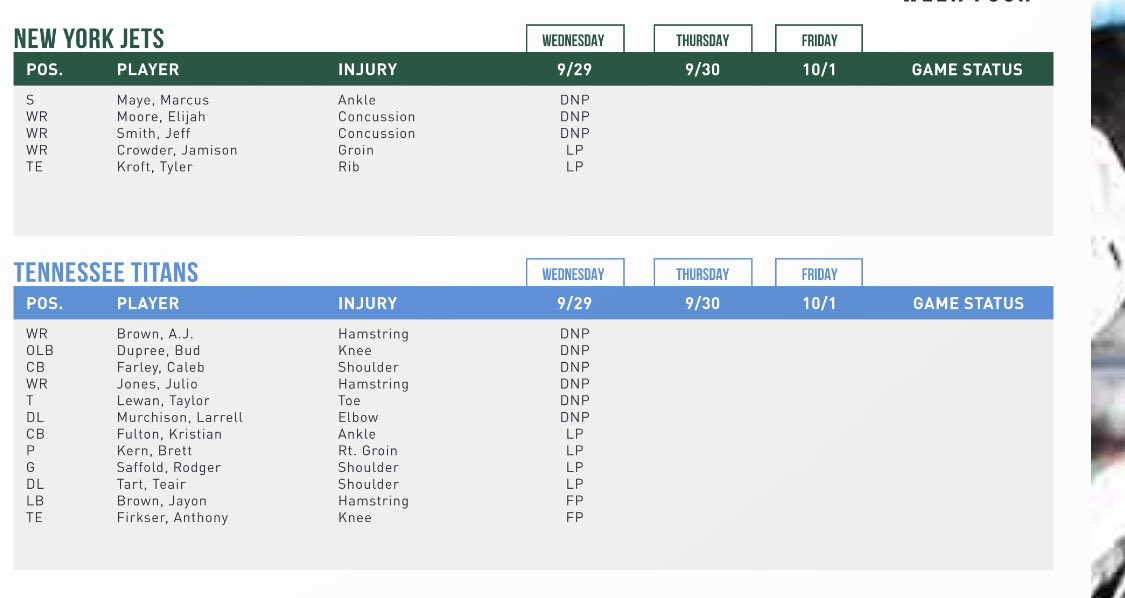 The good news was that Jamison Crowder was able to return to practice and also that Tyler Kroft practiced despite being knocked out of Sunday's game with a chest injury. Both were limited though.

Safeties Sharrod Neasman and Ashtyn Davis - each of whom are on injured reserve - have returned to practice and will be needed with Maye out. Adrian Colbert and Jarrod Wilson are the only healthy safeties on the roster barring a position change by someone currently listed at linebacker or cornerback.

At wide receiver, the Jets are probably going to be cautious with both Smith and Elijah Moore, so Denzel Mims will probably be active this week along with Crowder making his return.