The first injury update of London Week is here: 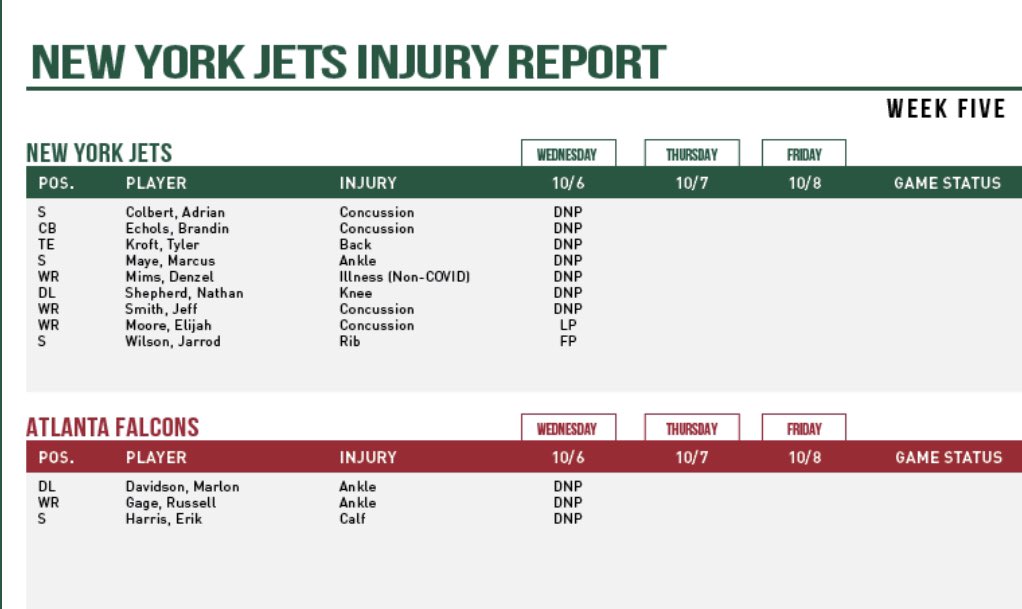 You wouldn't ordinarily expect the players who suffered a concussion on Sunday to play in the next game but Robert Saleh seemed to indicate that the team is hopeful about Echols' chances, so his was perhaps minor. The team will fly to London tomorrow though, so the clock is ticking for him and also for Jeff Smith.

Mims was reportedly going to practice but then was sent home with an illness after today's meetings.

The Jets protected Kenny Yeboah, Sheldrick Redwine and Noah Dawkins on the practice squad as possible cover for this week's game. They also made a minor move:

Cashman could be activated for Sunday's game since the Jets currently only have four active linebackers following Hamsah Nasirildeen's knee injury. Hopefully Jarrad Davis will be able to return soon after the bye.

Jamerson brings some extra safety depth after Marcus Maye's injury last week and with Colbert ailing. The 25-year old former fifth round pick is a good athlete with 4.4 speed but has never started an NFL game and has only played three defensive snaps since his rookie season in 2018. He was 13 tackles and a pass defensed in 21 career games and was most recently with the Panthers.