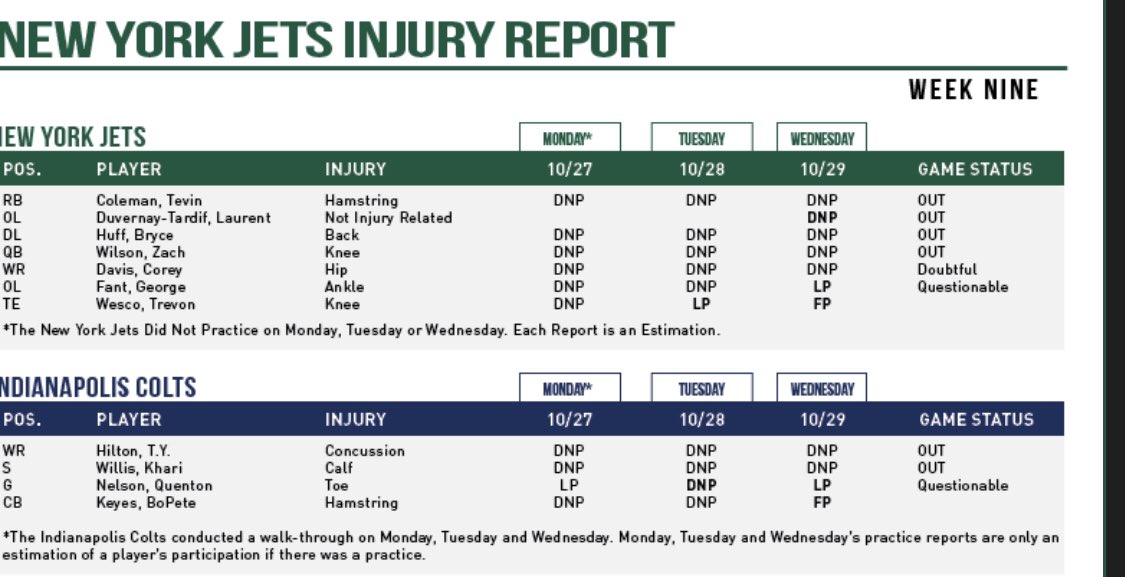 The Jets will hope Fant can play but Chuma Edoga held up quite well when he was out on Sunday. The other absences could lead to La'Mical Perine, Jabari Zuniga and Jeff Smith being active again.

If the Jets do elevate Zuniga, they won't be able to also elevate both Josh Johnson and Kenny Yeboah, who might be needed now that Daniel Brown has been traded, so they'll either have to make another move or just pick one. If Johnson isn't active, Joe Flacco would back up Mike White.

For the Colts, Willis is a starter, so that's a big loss, but Hilton isn't a major loss because he's not having a big season. Obviously Nelson would be a key loss, but it seems like he'll probably play because he was upgraded today.

Good morning and welcome to today's coverage here at JetsFix.com. Gameday! We'll be here all day with build-up,…