The Jets released the first injury report of this week: 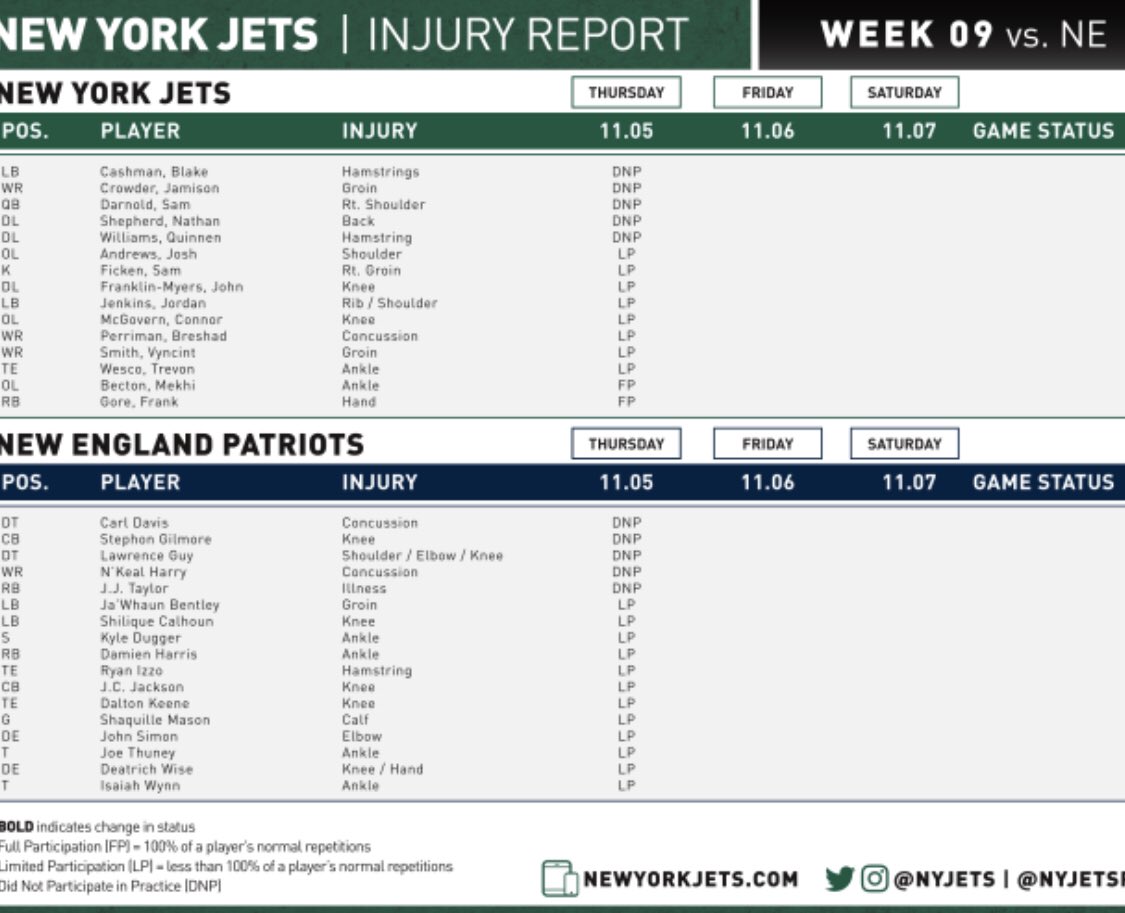 If Cashman is out, the Jets will be short-handed at the inside linebacker positions having traded Avery Williamson on Sunday evening. They did add Bryce Hager to the active roster and could also activate Patrick Onwuasor this week though.

Perriman has moved into the next stage of the concussion protocol but is still only at the "light practice" stage. Meanwhile, Smith and Wesco were not disclosed as injured prior to practice so their injuries may have occurred during the session.

As you can see, the Patriots are just as short-handed with five players of their own missing practice and 12 limited.

Each month, we've been looking at how confident Jets fans are in the head coach and general manager. With…