The Jets released their first injury report of the week: 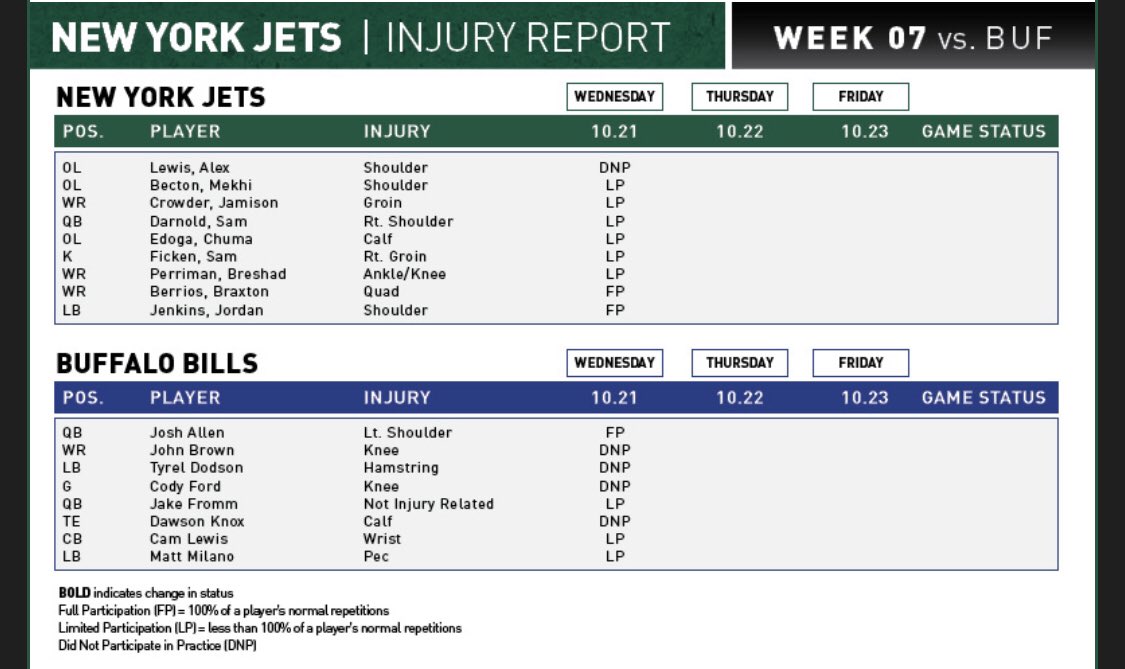 Based on what Adams Gase (yes, he's still the head coach) told the media, indications are that Becton is trending towards playing but Lewis may not on Sunday. As for Darnold, he will be on a pitch count and they're going to see how it goes. Josh Andrews would most likely start in place of Lewis.

The Ficken and Crowder injuries appear to be new, so we'll have to see if this affects their participation later in the week.

In other news, rookie cornerback Bryce Hall has also been activated to practice for the first time from the non-football injury list.

Gase also indicated that Denzel Mims will be added to the active roster soon and could make his NFL debut on Sunday.

The Jets are continuing to free up playing time for some youngsters: Trade! The #Jets are sending OLB Jordan…