The Jets released the first injury report of the week: 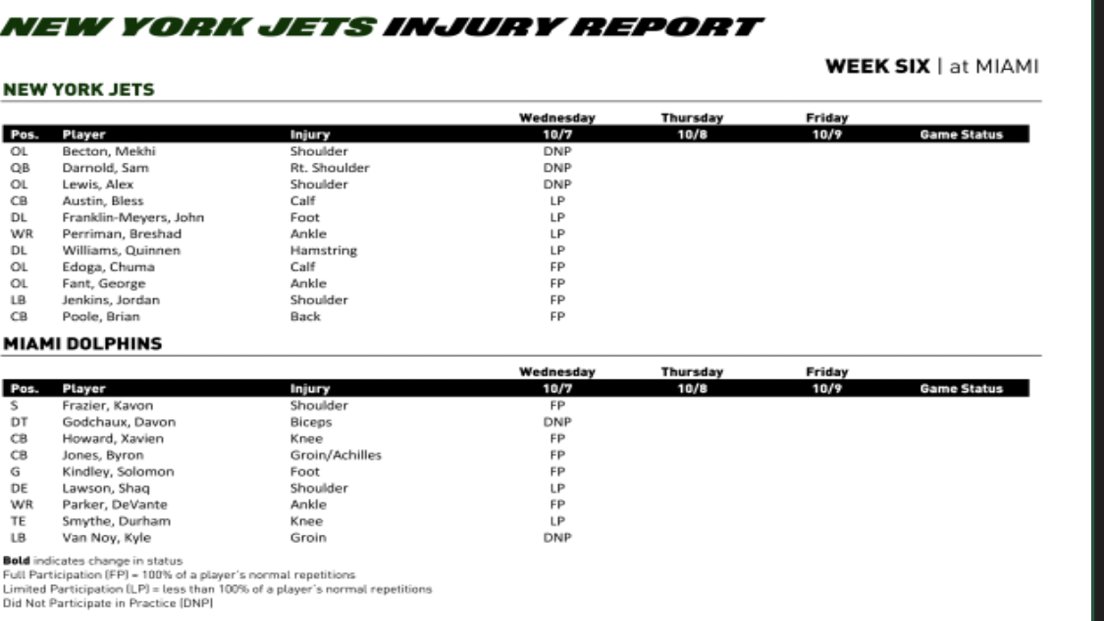 Clearly the team is being careful with Darnold, but you can't help wondering if his absence is being exploited as an excuse for the continued lack of a coaching change.

Perriman's return is encouraging, but Becton and Lewis being absent is a concern as the offensive line continues to be in flux.

As noted earlier the Jets also activated Denzel Mims, Cameron Clark and Arthur Maulet to practice from injured reserve. One of more of these - along with the three players activated last week (Blake Cashman, Jabari Zuniga and Vyncint Smith) could be added to the 53 before Sunday.

Roster News: Jets shake up practice squad as Mims and others return to practice