The first injury report of Miami week is out: 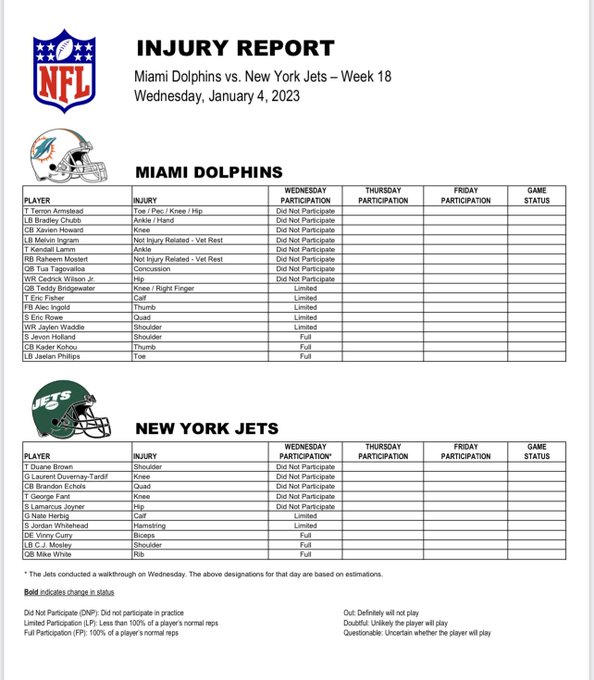 As it was just a walkthrough and these are estimates, tomorrow's report will probably tell us more. Duvernay-Tardif appeared to injure his knee in the first quarter and played through it and Fant and Brown regularly don't practice on a Wednesday anyway.

Echols has already missed a few weeks but the Jets already confirmed that Joyner, who returned last week, is done for the year.

Clearly Miami is banged-up ahead of an important game for them. Head coach Mike McDaniel confirmed that Teddy Bridgewater cannot throw a football right now, so they may be forced to turn to Skylar Thompson.