The second injury report of Jags week is out: 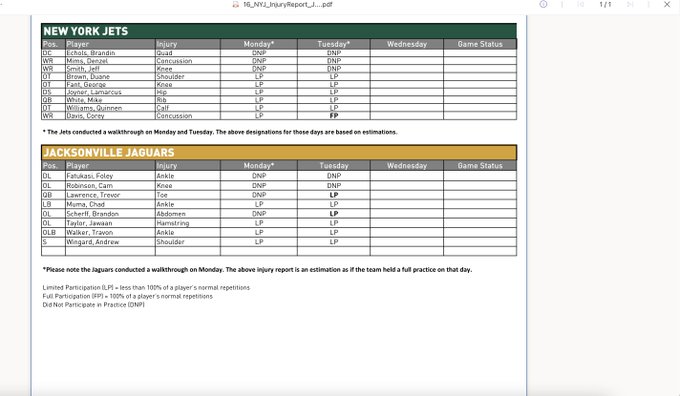 Once again, it's just estimated based on a walk-through for the Jets but read into it what you will.

It's notable that Scherff and Lawrence returned to practice, albeit on a limited basis today. The Jaguars already confirmed that Robinson - who had started every game - is out for the year. We'll have to wait and see about Fatukasi.

The Jets officially confirmed that White still hasn't been cleared for contact so is out. However, Davis' availability seems promising and Williams is still considered a game-time decision. The Jets may need to elevate a wide receiver (Diontae Spencer and Irvin Charles are on the practice squad) for the game with Smith and Mims not looking likely to play.